Lift Up Her Light

For months we have been Working for Truth. My own blood, sweat and tears poured into the Land calling for Right Rule and the Highest and Greatest Good. And yet when three hundred Sacred Starlings fell from the sky two days before our general election here, my heart sank with them. These precious birds are linked to the Sovereignty in these lands, and they fell in Anglesey. This long time druid stronghold, was one of the last during the times of the Romans. We still have today the remnants of Druid Sovereignty Rites in our current coronation ceremonies. In the Mythic Realms of previous time Starlings have been know to be the warming signal that Sovereignty is in danger. They are the alarm cry.  We as a people need to listen. To wake up to the in between. A country rent in two, entangled in lies and misinformation, where an elite few holds power over the many, and acts not in service to Land or People but in self interest. 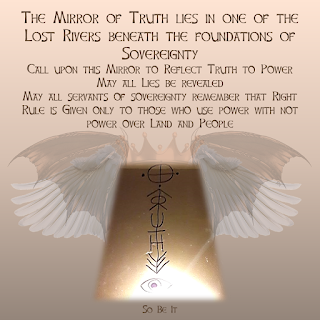 What happened on London Bridge prior to these last two elections too is no accident either. In the liminal layer between matter and spirit things happen. Things are engineered and the strings of the matrix tweaked. A bridge whose making was pivotal to the founding of the capital itself, and the vanquishing of the natives by the Romans, has Sovereignty issues written all over it. A bridge whose very song of falling down repeatedly contains within it the inference of human sacrifice being the only thing to have kept it standing, has a blood thirstiness attached to those Sovereignty issues. I'm still unravelling the magick mechanics of that one, but know in my bones there is something there.

These are hard times. It's hard to stay true to the light within and not swallowed by grief and fear.

As the political situation here in the UK took it's darkest turn on the Full Moon, Twelfth December, I awoke the next day and my head was full of battlefield-like surreal visions and my heart full of grief.

I offer this Light as I walk through the plains of Albion, through the wretched Wasteland, each step sinking into the sodden earth. My white skirts trail heavy in the rain drenched mud. The tears, sweat and blood of the fallen covering my barefeet. The grass that remains is blackened and burned. I can hear the wails of the injured from beyond the bone chilling mist of this darkest of mornings. I can hear the cries of the lonely children and the sobs of the heartbroken and grief stricken as the smoke clears from cruel shots fired and lies unleashed. 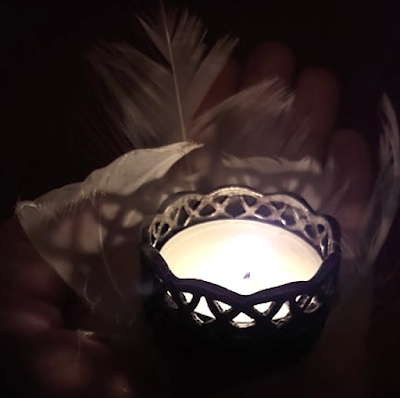 My tears are many and fall like hot rage and despair on my face, but I will never not carry this Light. It is my shining crown, my radiant heart and the lantern to guide my feet. I will walk the Land and see the good ones gather. I urge you to find the Truth and speak it. Open to the abundance of the Love and show it. It is your birthright to yearn for Beauty and create it. Lift up your lights, people of Albion, carry the seed intentions, may we plant them anew, for we are the Greening that will come. True Sovereignty will grow from the crafting of soul and of sweetness and of skill. The healing will come from the Song Weavers and the Spellers.

Pray for those who know not the fullness of what they do. Hold them to account with fierce love, for they are consumed by a darkness blacker than this morning. Fear controls them and they cannot even see the light of themselves, so small is the flame. They are weak and wounded truly. They cannot look upon the Shadow for their Shame is beyond their Strength or Imagining to face right now. They seek to extinguish your brightness in the fear that they will see what they wish not to.

I will never not lift up Her Light, for it kindles mine daily. And with it I shall illumine the Land. Walk with me, for Albion belongs to Herself, and the spiritual queendom is rich beneath the veneer of false rule. Keep kindling the Flame and pass it on where you can. Be bright in each other’s darkness. Be beacons of Hope in these shifting times.

I lift up Her light for us all. 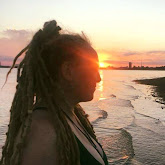